To see the latest data please see the label Chinese Money Supply
Note that the numbers available from the PBC only go from Jan2004-Dec 2009. As soon as the 2010 numbers are available I'll post an update. Also, if you are perplexed by that spike in reserves, there is a very simple explanation: Chinese New Year.

Traditionally, Red envelopes or red packets ... are passed out during the Chinese New Year's celebrations, from married couples or the elderly to unmarried juniors ... Red packets almost always contain money, usually varying from a couple of dollars to several hundred. 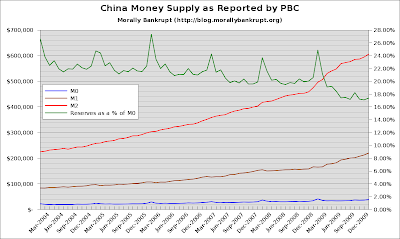 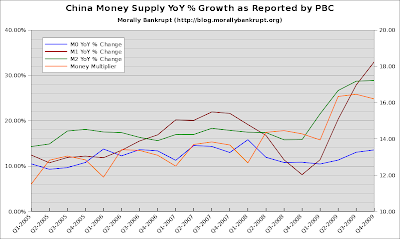