This post is part of the special series Vehicle Sales 1976-2010.
To tie this all together, I think that we can expect a strong medium-term recovery in domestic automotive demand. I define demand as the demand for replacement vehicles plus the new demand from additional drivers. Using the Census projections we can expect about 268,722,000 individuals aged 16 and over in 2020. Using the previously observed 88% rate of licensed drivers, this would mean 236,475,360 drivers, or an increase of 24,404,194 drivers over the next 10 years. Keeping the number of vehicles per driver constant at ~1.2 this would mean an additional 29,285,033 vehicles in the national fleet. Additional to that would be the demand for new vehicles from retired vehicles. Like I mentioned before, It's hard to precisely estimate the lifespan of a vehicle, but using a hypothetical ten year lifespan and approximately 240 million vehicles (excluding buses and motorcycles) in 2009, that would translate to roughly a full turn around in the fleet, giving us a total domestic demand for automobiles of ~270 million cars and trucks over the next decade. Considering yearly sales averaged ~17.3M vehicles for the six years prior to the recession, this would be quite a strong recovery.


Of course, it isn't that simple, there is other significant factors affecting sales in the short term.
Headwinds include over-leveraged households (also on CR), reduced access to credit, high unemployment and the death of the "Home ATM", which allowed the public to keep spending at artificially high-levels by extracting home equity. Additionally, consumer sentiment is still depressed. 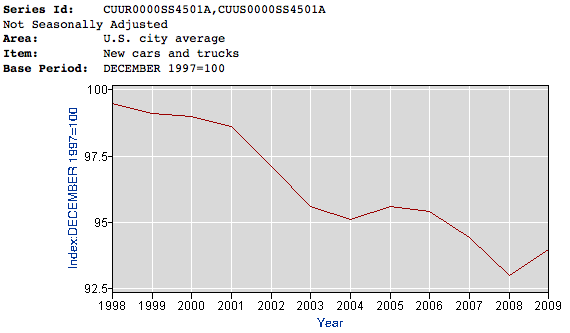 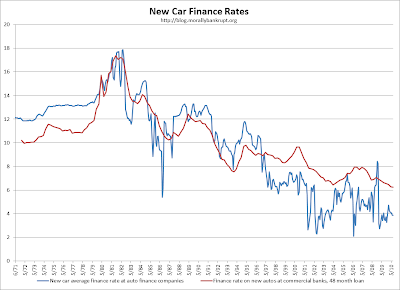 Over the longer term, the picture is less rosy. I make no bear case for domestic vehicle demand, but increasing vehicle lives, a higher rate of ownership and demographic changes suggest reduced rates of growth for sales. For example, my previous estimate calls for an additional ~29 million vehicles in the national fleet by 2010, compared with an increase of 27 million from 2000-2008, 32 million from 1990-2000 and 33 million from 1980-1990. The automotive sector has enjoyed decades of growth as the number of drivers increased and the number of automobiles owned per-capita increase, but they may be stumbling into a natural growth limits. It seems to me that in the future, vehicles will be tied increasingly tied to the replacement cycle as the rate of fleet growth stabilizes at a lower level.
By Unknown at 9:00 AM